Exposure to violent, sexual, or substance-abuse content in media increases childrens’ and adolescents’ willingness to imitate similar behaviors. Current solutions identify portrayals of risk behaviors from audio-visual cues, but they are limited to produced films. To address this limitation, we design state-of-the-art models that estimate content ratings based on the language use in movie scripts. 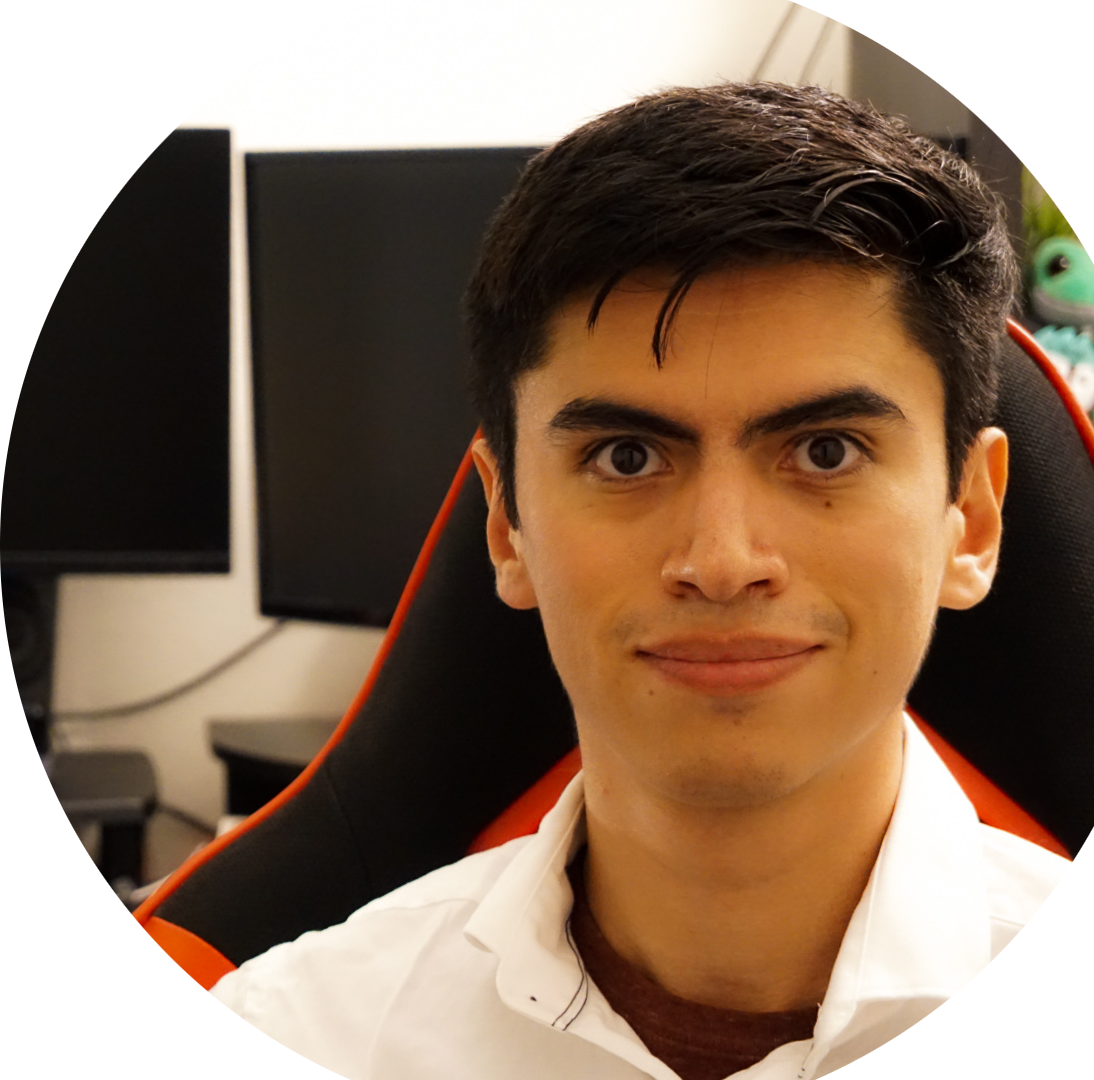 Why is it important?

Portrayals of risk behaviors (such as violence, sexual content and substance-abuse) sparks concerns about the potential side effects of repeated exposure. Particularly in the case of children and adolescents, where this exposure has been linked to increased risk for engaging in violence[1,2], smoke and alcohol consumption[3,4], and earlier sexual initiation[5]. With more movies being produced every year—more than 700 movies have been released each year since 2014[6]—producers and filmmakers should look into artificial intelligence to help them identify risk behavior portrayals.

What did we do?

We investigate the relation between the language used in movie scripts and the portrayals of risky behaviors. We believe that this approach can be used to provide filmmakers with an objective estimate of how violent/sexual a movie is, and help identify subtleties that they may otherwise not pick up on, suggesting appropriate changes to a movie script even before production begins.

We obtained a dataset of 989 Hollywood movies, from 12 different genres (1920—2016)[7]. Content ratings for violence, sexual and substance-abusive content were provided by Common Sense Media (CSM), a non-profit organization that promotes safe technology and media for children. CSM experts rate movies from 0 (lowest) to 5 (highest) with each rating manually checked by the executive editor to ensure consistency across raters. As targets for our models, we categorize these variables as LOW (\(<3\)), MED (\(=3\)), and HIGH (\(>3\)). 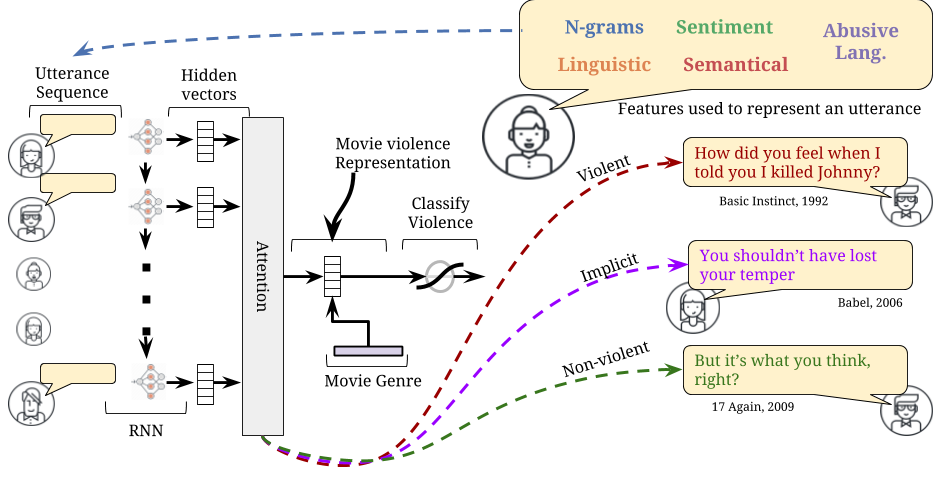 Figure 1. Recurrent Neural Network with attention that learns from the sequence of characters utterances. Post-hoc attention analysis reveals violent content in each utterance. These can be grouped into explicit, implicit, and non-violent.

We realized that movie scripts can be expressed as a sequence of actors speaking one after, which leads to a natural formulation for a recurrent neural network (RNN).

Each character utterance is represented by its linguistic attributes across five categories: N-grams[8], Linguistic and Lexical[9], Sentiment[10,11], Abusive Language[12] and Distributional Semantics[13]. We also consider movie genres as an additional (one-hot) feature since these are generally related to the amount of violence in a movie (e.g., romance vs. horror). This allows our model to learn that some utterances that are violent for a particular genre may not be considered violent in other genres.

The RNN model was implemented using Keras. As hyper-parameters, we used the Adam optimizer with mini-batch size of 16 and learning rate of 0.001. To prevent over-fitting, we use drop-out of 0.5, and train until convergence (i.e., consecutive loss with less than \(10^{-8}\) difference). For the RNN layer, we evaluated Gated Recurrent Units[14] and Long Short-Term Memory cells[15]. Both models were trained with number of hidden units \(H \in {4,8,16,32}\).

To measure the performance of our model, we compare against trained SVCs using lexicon based-approaches[16,12], a state-of-the-art model for implicit abusive language detection[8], and an RNN with deep-attention[17]. Although not common in most deep-learning approaches, we performed 10-fold cross-validation (CV) to obtain a more reliable performance estimation of each model.

Figure 2. Results on predicting levels of violence from language used in movie scripts

Figure 2 shows the macro-averaged classification performance of baseline models and our proposed model. Our model performed better than the other models, with a significant difference in performance (permutation tests, \(n=105\), all \(p <0.05\)). The best performance is obtained using a 16-unit GRU with attention (GRU-16), which performed significantly better than the baselines (permutation test, smallest \(\Delta=0.056,n=105\), all \(p <0.05\)), and better than the RNN models trained on word2vec only (\(\Delta = 0.079, n= 105, p <0.05\)). The improvement over previous models can be attributed mostly to the inclusion of Sentiment features and Semantic representations (see Figure 3).

What about other risk behaviors? 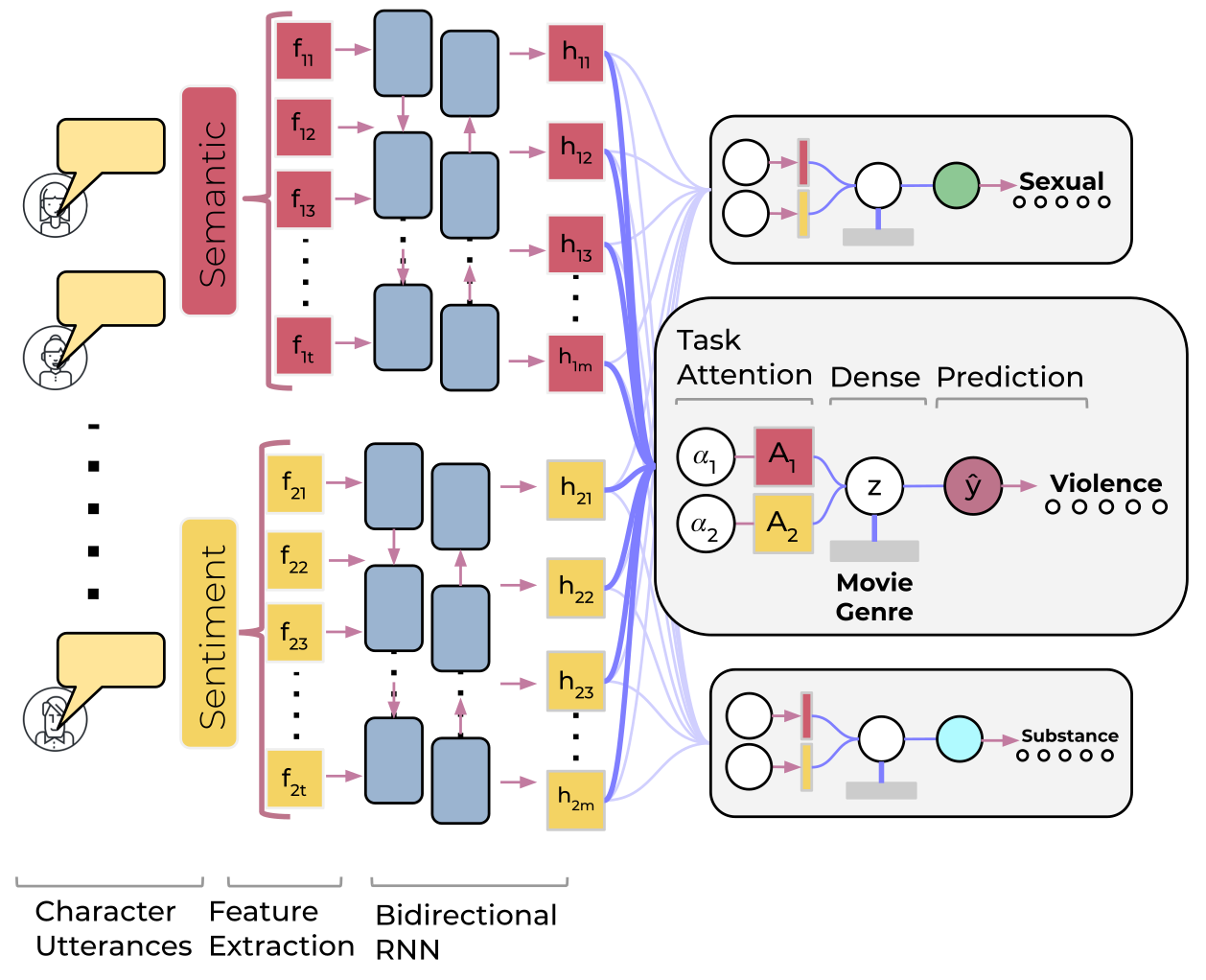 Figure 4. Multi-task model for risk behaviors detection: Each utterance is represented by semantic and sentiment features, fed to independent RNN encoders.The sequence of hidden states from the encoders serve as input for task-specific layers (gray boxes)

It’s not only about violence! Risk behaviors frequently co-occur with one another, both in real-life[18] and in entertainment media[19,20,21]. To capture the this co-occurrence, we develop a multi-task learning (MTL) approach to predict a movie script’s violent, sexual and substance-abusive content (see Figure 4). By using a multi-task approach, our model could improve violent content classification, as well as provide insights on its relation to other dimensions of risk behaviors depicted in film media.

This time we decided to focus only on the features that were found to be important: semantic, sentiment and genre. Semantic representations were obtained using movieBERT, our own BERT[22] model (n=12; 768-dimensional) fine-tuned on over 6,000 movie scripts. We replaced the sentiment lexica with a neural representation obtained from a Bi-lateral LSTM trained on the related task of movie reviews. Finally, movie genres for each movie were obtained from IMDb.

We compared the model with the violence prediction model[23], and variations of the MTL model under different semantic features with and without the multi-task paradigm.

Figure 5. Results on predicting levels of violence from language used in movie scripts

Figure 5 presents the classification performance for the baselines and our second model. We see that just focusing on the important features (i.e., reducing the complexity of our feature set) increases prediction performance significantly (permutation test, \(n= 105\), all \(p <0.05\)). Including co-occurrence information, in the form of multiple tasks, gained an average \(F1= 1.22%\) points. The best model achieves \(F1= 67.7%\), outperforming the previous model for violent content rating prediction by a significant margin (perm. test \(n= 105,p= 0.002\)). Additionally, we found that the multi-task model is not only better at predicting violence, but also at detecting substance abuse (see Figure 6).

What does this all mean?

Our approach shows that computational models are capable of identifying risk behaviors from linguistic patterns found in movie scripts. Complementing audio-visual methods, our language-based models can be used to identify subtleties in the way risk behavior content is portrayed even before production begins and offer a valuable tool for content creators and decision makers in entertainment media.